In the third week of my Foundations bootcamp course, I revisited some of the loops and data types that I had previously felt comfortable with and quickly realised that I was not as knowledgeable as I originally believed.

This week also marked the first time that I have had to share my code with others via a publicly-shared project, which was daunting, frustrating, but also somewhat confidence-boosting.

The problem with objects

As a JavaScript programmer, I quite like arrays. I use them for many things, and I iterate through them quite merrily without a care in the world. Arrays are my friends, and I feel no worry or concern when I need to work with them on a project.

Objects, on the other hand, seem to confuse me in a way that nothing else has confused me so far (on my JavaScript journey, at least). Whether I’m accidentally iterating through them with a ‘for…of…’ loop rather than a ‘for…in…’ one, or struggling to add to them through my misguided use of the ‘.push()’ method, there’s something about Objects that my brain is just yet to grasp.

Of course, when it comes to learning any skill, teething issues like the ones I have with Objects are not only to be expected – they’re also something to be encouraged.

If we don’t fail, we don’t learn. If I don’t have to put in the effort to understand them now, then I’ll end up with much bigger problems later on.

As part of the coursework for my Foundations Bootcamp, we were expected to make a simple, static website that would work as an ‘About Me’ page. We would then share our pages on the class Slack channel, and everyone would have a chance to look at our work and the code that created it.

There was something almost intimidating about this. As a pretty private person, I’m not a big fan of talking (or coding!) about myself at the best of times, but now I would not only be sharing information about me – I would also be sharing the (messy) code that I had used to do it.

Discomfort turned to complete frustration as I battled with the webpage late at night after a long day of work.

The simple layout that I had imagined in my head just wasn’t coming together the way I had hoped, and as a result I had divs and margins distorted across the page in an ‘obviously not deliberate’ sort of way.

I was frustrated by my inability to reach the standards that I had set for myself, and I was frustrated that a project I was not proud of would have to be shared with a class of people that I imagined would be judging my CSS and HTML ability against their own.

With very little time left to dedicate to the project, I grimaced and shared it to Slack for all to see…only to realise that the high standards that I had set for myself weren’t reflective of what other students had made, either.

For every student who had used flex to create a professional-looking layout, there was another 3 or 4 students who had settled for basic rows of unjustified images and texts without any decoration.

Some, like me, had tried to add links or borders to jazz up the page. Others hadn’t even met the project requirements in the first place.

After a week of stressing myself out and feeling like a failure, I realised that I had been comparing my work against a standard that was, perhaps, not even yet possible with my current skill set. Looking at what other people had been able to do with the same number of lessons as me, I realised that I wasn’t a failure by any means – I’m simply a beginner, and that all of the cool styles and pages I imagine making will become more and more possible in time.

Photo by Meg Boulden on Unsplash 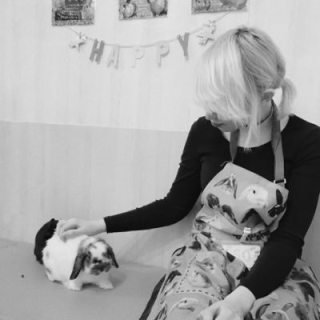 Lin is an aspiring developer. A girl with a goal, she's challenging herself to a full 365 days of code.